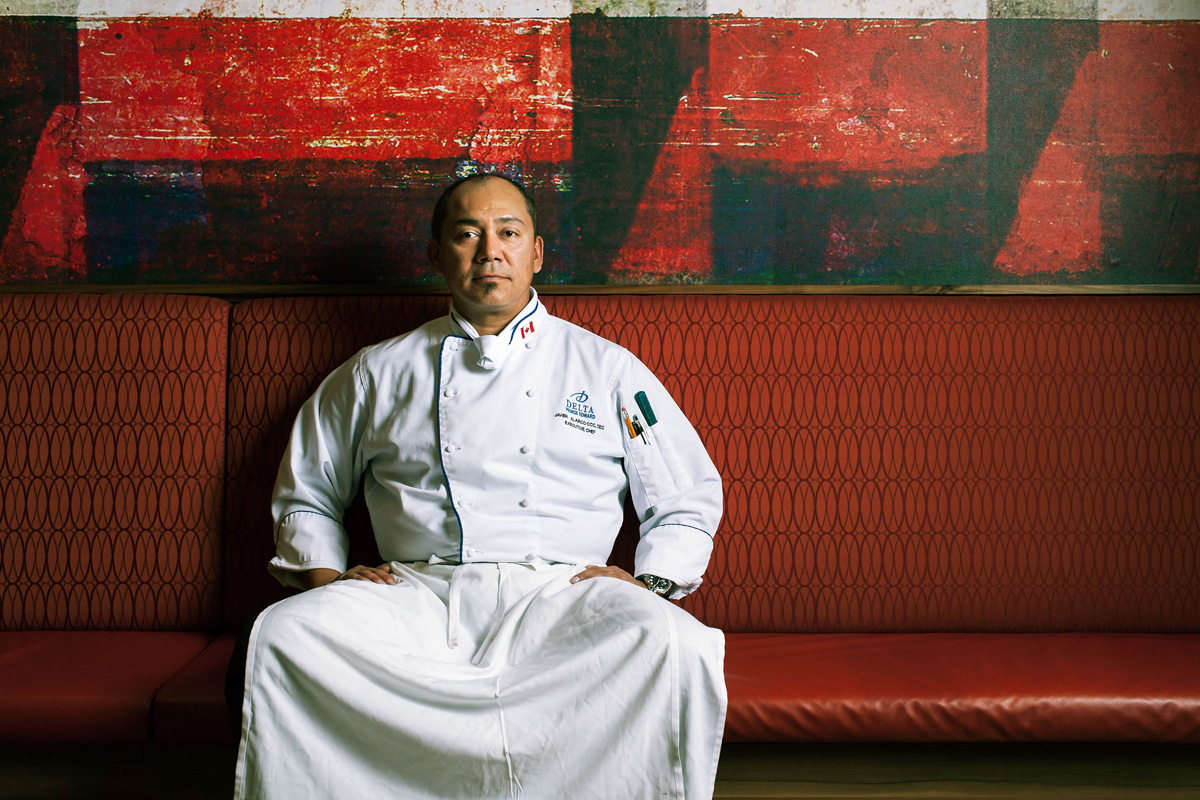 “I recently was on my trip to Toronto & Niagara and in all the establishments noticed our Island’s seafood treasures, how proud am I to be able to boast to chefs and vendors alike that not only do I receive fresh succulent seafood but I know where the nooks and crannies of some of Canada’s best seafood can be found.”

“From Away Chef” … seven years now relocated from Vancouver to join the Delta Marriott Family in PEI, from one coast of Canada to the other coast. A passionate chef that loves teaching & passing on his knowledge and helping new young cooks better prepare for their future in the culinary arts. This passion, coupled with ambition and drive has led to an impressive and flourishing career with big name hotels e.g. Fairmont Royal York Toronto, Rosewood’s Little Dix Bay British Virgin Islands, King David Hotel Jerusalem, Dan Hotel Tel Aviv, Hyatt Hotels in Vancouver / San Francisco / Toronto / Aruba, and Sheraton Wall Centre Vancouver.

Winner of the Canadian Culinary Federation’s Chef of the Year Award; Vancouver 2008 and PEI 2014