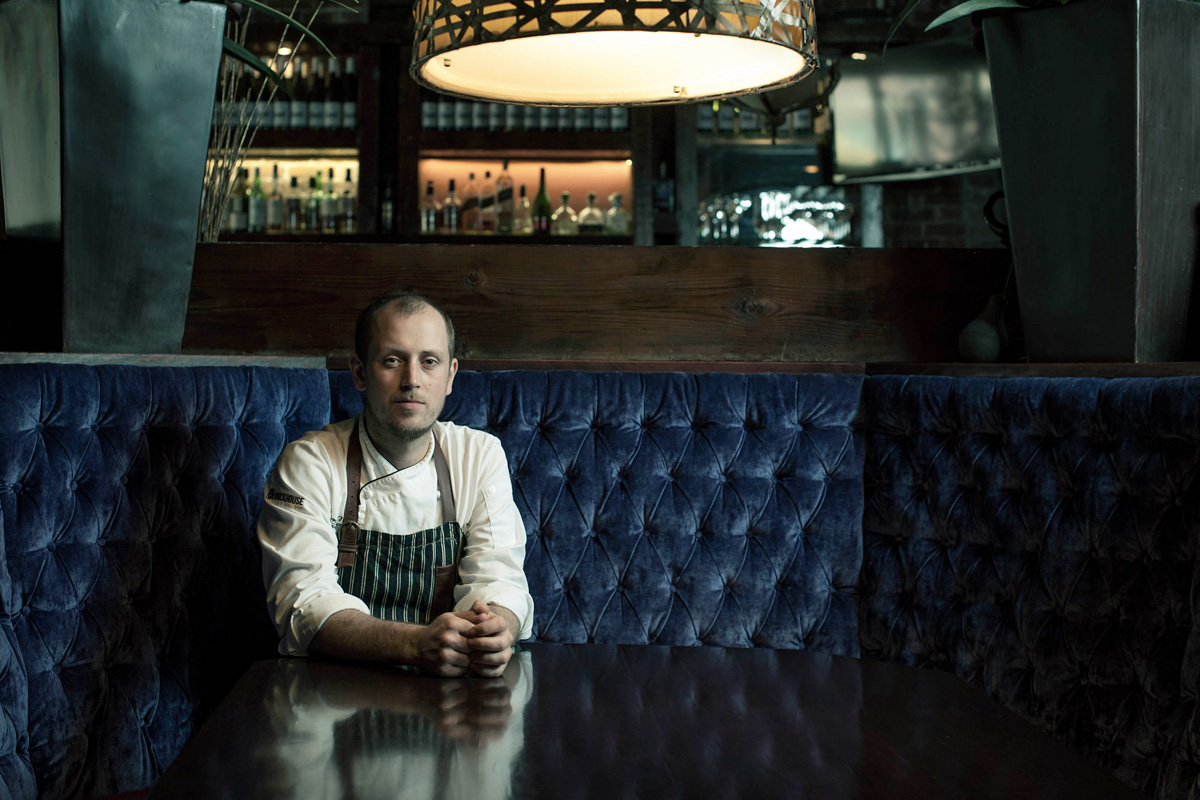 Chef Kyle Panton’s love of cooking was ignited at an early age watching his mother prepare family meals at his home in Belfast, PEI. He graduated from the world-renowned Culinary Institute of Canada and has apprenticed in Toronto under David Lee of Nota Bene and Victor Berry of Splendido.

His passion and philosophy for preparing dishes from the abundance of PEI’s natural ingredients has lead him to becoming the Executing Chef at Sim’s Corner Steakhouse & Oyster Bar as well as The Brickhouse & Marc’s Lounge within the Murphy Hospitality Group.

He has been recognized locally and internationally for his ability to create award winning dishes using fresh locally sourced products. In 2012, Chef Kyle, was named the PEI Savor local food winner, an award that celebrates and identifies the Island’s food culture. In 2013 he was awarded the prestigious International Seafood Chowder Competition which is part of the PEI Shellfish Festival. In 2014, he defended his title by taking home the PEI Potato Chowder Championship as well as the International Seafood Chowder Competition. That same year, he also claimed PEI’s Most Loved Burger as part of the PEI Burger Love Campaign and Chef of the Year within the Murphy Hospitality Group. In 2015, he was once again named the PEI Potato Chowder Champion.

He enjoys being a part of the vibrant culinary culture on the Island and looks forward to help shape the future of PEI’s food industry.

“I Love working with fresh local PEI seafood and showing it off to the world!”